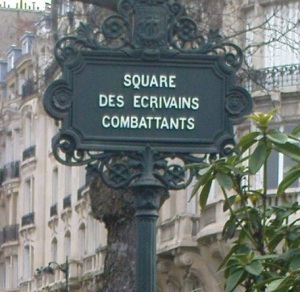 …I had written in a notebook on an early visit  in 1973, obsessed by Monet and Impressionism, the idea that it could have a theory, a methodology to the haphazard, a pattern of chaos. At the same time I was riveted by the Second World War and the Normandy Landing Beaches as extended landscapes. I stumbled across what was then the Garden of Fighting Writers, now renamed The Square, all very municipal and regimented, on the way to the Musée Marmottan full of late Monets. SC

This entry was posted on December 28, 2013 by coraclepress.