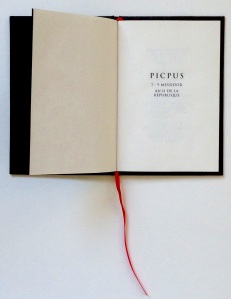 There is no such thing as the Porte de Picpus, but I though I would rename one.  Its real name should be the Porte Dorée. Much of the early part of the route took us along the Rue de Picpus, after an early detour to the house of Pierre Henry, musique concrete composer, whose book The House of Sound had quite impressed me recently.  Rue de Picpus is known of course for its cemetery, where in the course of June and July 1794 over 1300 victims of the guillotine erected at what is now Nation were hauled headless in carts and thrown into pits at the end of the cemetery. In the church there are the plaques listing their names, and I remember that poet Ian Hamilton Finlay had made a book of some of them,with a red ribbon divider, a reminder of the red thread worn by the tricoteuses around their neck at the time of the terror.The poet André Chenier who wrote about it, and Antoine Roucher, who invented the new calender of the Revolution are buried here, topped on the Barrier de Trône. Rest here / for the hope / of resurrection / in the children’s / school voices / over the wall.
After such detail, maybe even the walk could barely compete, and we hit the curveless Boulevard Voltaire after Rue des Boulets, the equally straight extension of Rue de Picpus, and always close to home on this side of the city. SC

This entry was posted on February 12, 2014 by coraclepress.