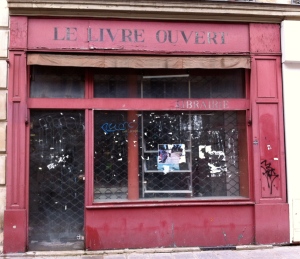 A teen-aged boy who walks along the opposite side of the street most days. He reaches one point in the block where he begins to dance. He dances with careful and practiced steps and he dances with the metal posts coming out of the edge of the pavements. He dances and he twirls and he makes deep swoops. I cannot see from the window if he is listening to music. His dance and his moves are almost always exactly the same. He moves from one section of the opposite side of the street and he crosses and then he dances the entire length of the block. When he reaches the next street to cross, his dancing stops and he continues his journey with normal walking. I do not know this boy but he is becoming familiar.EVH

This entry was posted on March 2, 2015 by coraclepress.